Random thoughts about programming, the cloud and the future of technology.

Creating a self-service project generator with a custom Spring Initializr 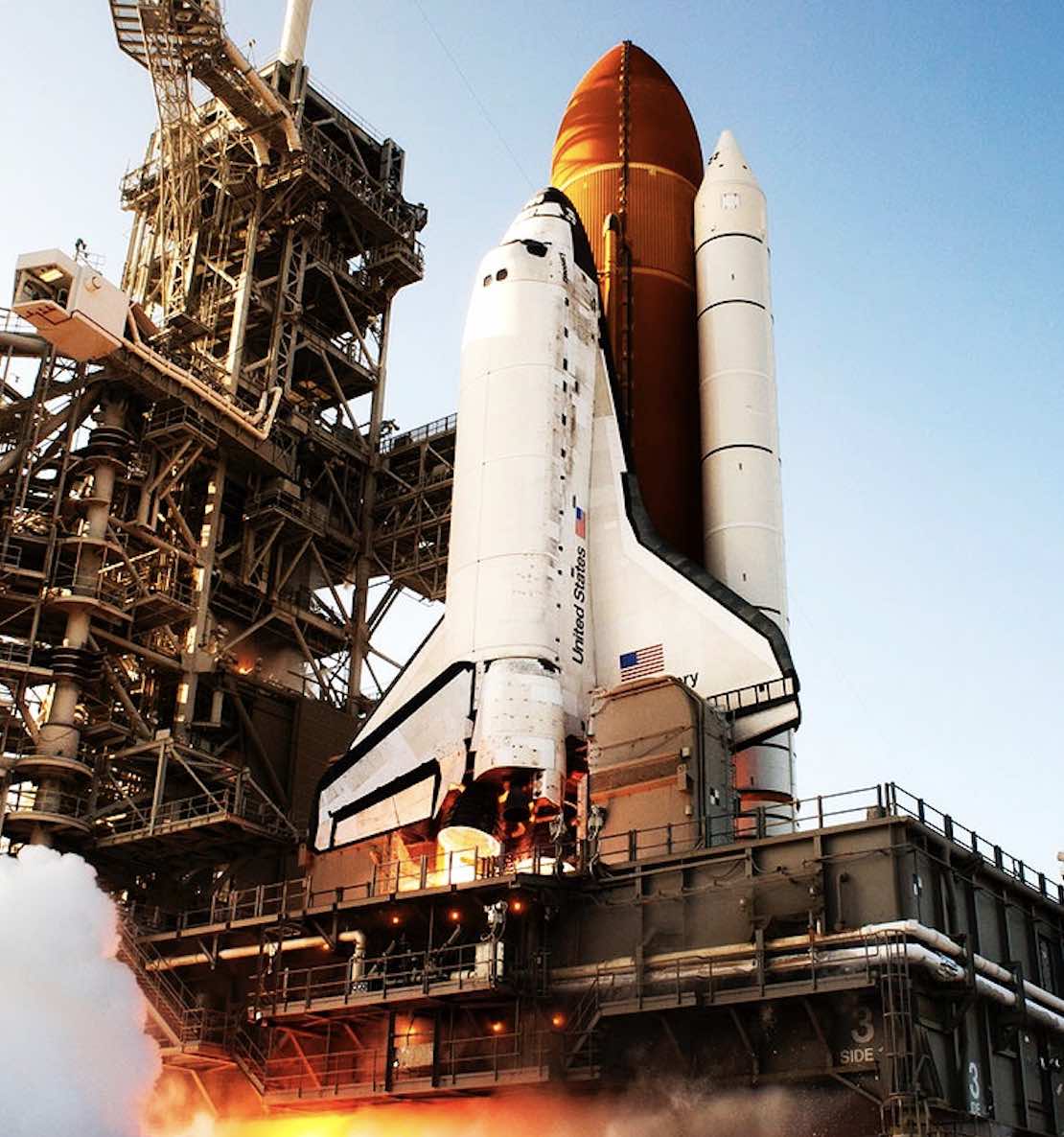 Spring Initializr provides an extensible API to generate JVM-based projects, and to inspect the metadata used to generate projects, for instance to list the available dependencies and versions.

The guys at Pivotal were kind enough to put the source code for Spring Initializr and start.spring.io on Github, which we will be cloning and using here. Once you have cloned start.spring.io you will notice the project consists of three modules:

In this blog post we will be focussing on the start-site module to add additional dependencies. Spring Initializr uses the application.yaml to configure Initializr’s output. Opening up the application.yaml you can see the relevant information under the initializr property. We are going to extend start.spring.io to allow a user to add CRNK dependencies to the project. If you haven’t used CRNK before I recommend investigating it as a means of standing up basic microservices in a JSON Api compliant way. The CRNK project doesn’t publish the latest releases to Maven Central, instead it publishes to JCenter meaning we will have to add a custom repository. It also provides a Bill of Materials (BoM) to help manage versioning. We will be using these facets to demonstrate some of the features of Spring Initializr.

Looking under initializr in the application.yaml file already defined for start.spring.io, you can see that it is split up into two main sections:

Next add the BoM under initializr.env.boms. The latest versions for the CRNK BoM can be found at JCenter. The repository name needs to match the name of the repository defined in the repositories sections, in this case jcenter.

And finally for this to be useful we need to define a dependency that we can select in our extended start.spring.io website

An example of the above code changes can be found in this commit. Now the configuration has been sorted it’s time to run the project locally to see the results. In the root of the project, run the maven command:

Navigate to http://localhost:8080 to check out the updated UI. In the dependency search bar type CRNK and the Crnk Spring Boot dependency should now be visible. 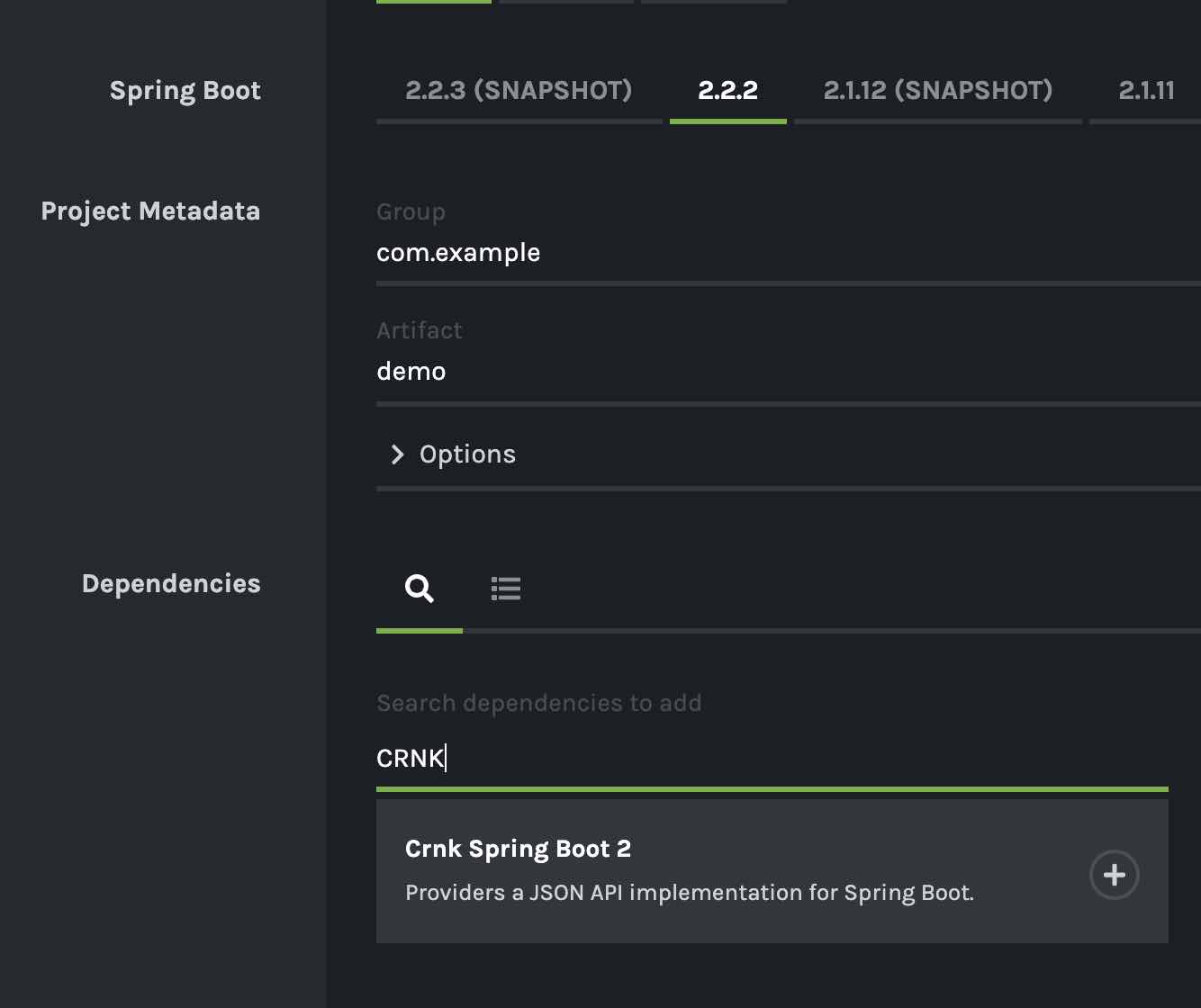 Selecting the CRNK spring boot dependency and clicking the explore button at the bottom of the page shows what the generated project will look like. You should be able to see the CRNK dependency and JCenter in the pom.xml (or build.gradle if you have selected gradle as your build tool). Clicking generate will download the project as a zip file for you.

Updating Intellij to use your Initializr

Intellij Ultimate can talk directly to the Initializr api and import the project all within the Intellij UI. To create a project using the custom Initializr website we have created go to New Project -> Spring Initializr in Intellij and change the Initializr service url to http://localhost:8080

Go through the normal Intellij Spring setup until the dependency selection page appears. Here you should be able to see CRNK as an optional dependency to add

We have looked at extending the start.spring.io website to generate projects using custom dependencies, repositories and Bill of Materials, all with simple additions to the application.yaml file. The Spring Initializr project is very customizable, in a future post we will be looking at generating custom code based on dependency selection.